State Farm Insurance is a large group of mutual insurance companies throughout the United States with corporate headquarters in Bloomington, Illinois.

State Farm has expanded into the financial services arena, such as banking and mutual funds.

The bank opened in May 1999 and is operated by State Farm Financial Services, FSB, a subsidiary of State Farm Mutual Automobile Insurance Co. These are separate from its insurance products. State Farm Bank does not have branch offices. Its regular banking services, which include checking and savings accounts, certificates of deposit, and money market accounts, are available to consumers countrywide via the Internet or over the phone, and through agents. Home mortgages are available countrywide over the phone or through agents.[9]

In the 1950s, State Farm held a contest among the agents, to come up with ideas to expand the State Farm business. Robert H. Kent, a State Farm agent in Chicago, came up with the idea of providing auto loans to existing policyholders. Robert H. Kent was friends with a local bank president at LaSalle NW, and the two teamed up to pilot the auto finance program. State Farm liked the idea so much that it was rolled out to all the agents. Robert H. Kent received royalties on the program for 20 years. This event created the first marketing partnership between insurance companies and banks.

State Farm was founded in June 1922 by retired farmer George J. Mecherle as a mutual automobile insurance company owned by its policyholders. The firm specialized in auto insurance for farmers and later expanded services into other types of insurance, such as homeowners and life insurance, and then to banking and financial services.

The State Farm interlocked red tri-oval logo was created in the mid-to-late 1940s and later updated in 1953. For nearly 60 years, this design was critical to its brand image.

On December 23, 2011, State Farm decided to transform its interlocked tri-oval logo to a contemporary logo to showcase the company’s core service offerings of auto, fire, and life. The new logo was introduced January 1, 2012, in celebration of the company’s 90th anniversary. It consists of a simple three-oval design adjacent to the State Farm wordmark. According to Pam El, marketing vice president at State Farm, a change in image was needed to employ a bolder presence that could compete in today’s digital world.[15]

The State Farm booth at the Gasparilla Distance Classic Expo in 2020.

The State Farm jingle (“Like a good neighbor, State Farm is there”) was written by American singer-songwriter Barry Manilow in 1971. A cover was released by Weezer in 2011.[18][19] State Farm’s first commercial jingle was created for The Jack Benny Program in the 1960s.[20]

In June 2011, State Farm’s premiered its “Get to a Better State” campaign. This campaign focuses on making humor out of unfortunate problems that are commonly faced. These commercials then make light of the situation by demonstrating how easy it is to contact an agent and correct the problem that has occurred. Each of these commercials follows a similar structure. A group of one to three people find themselves in an unfortunate situation. Someone in the group will then call on their State Farm agent by singing the jingle “like a good neighbor, State Farm is there”. A State Farm agent will then appear, as if by magic, and help the group out with their problem. There are a few commercials that deviate from this structure, but still follow the same ultimate pattern.

Also in 2011, State Farm premiered its “State of…” advertising campaign. One notable commercial, “State of Unrest”, shows a man awake at 3:00 in the morning on the phone with a State Farm representative.[21] The man’s wife sees him talking on the phone in a secretive manner. She is suspicious and asks who is on the phone, to which her husband says: “It’s Jake from State Farm” (the original Jake from State Farm was portrayed by Jake Stone, who actually worked for the company). The man’s wife then takes the phone and asks, “What are you wearing, ‘Jake from State Farm?'”, to which the male agent responds in a timid way, “Uh, khakis”. The undaunted wife says, “She sounds hideous”, and the husband replies, “Well she’s a guy, so…”[22] In May 2015, a variation of “State of Unrest” premiered, starring The Coneheads from Saturday Night Live, with Dan Aykroyd and Jane Curtin reprising their respective roles as Beldar and Prymaat. This ad series later added Laraine Newman as Connie.

In late 2014, State Farm released a critically acclaimed commercial showing a man (played by Justin Bartha) who says that he will “never” do something (such as getting married, having kids, moving to the suburbs, and buying a minivan), only to do all of those. At the end of the commercial, he admits that he is “never letting go.” The commercial is based on the saying “never say never” and how people say that they will “never” do something, only to do it anyway.[23]

In 2015,[24] State Farm released The Hoopers, a series of State Farm commercials focusing on a family, including NBA players Chris Paul playing the father, DeAndre Jordan playing the mother, Kevin Love playing the son, Kevin Garnett playing the grandfather and Damian Lillard playing the baby. Additionally, a State Farm agent plays the role of a helpful neighbor in the set of commercials.[25]

In 2020, Kevin Miles took over the role of Jake from State Farm from Jake Stone in a series of commercials,[26] the first ad airing before Super Bowl LIV, as a reimagining of the original 2011 “State of Unrest” commercial from the “State of…” campaign. Craig Miller of State Farm’s agency The Marketing Arm said the character was so popular people were still dressing as him for Halloween.[27] Jake from State Farm, who wears a red shirt and khakis,[28] appeared in different settings, including a beekeeper outfit and a parody of The Bachelorette, and in a number commercials with celebrities, including Alfonso Ribeiro, Chris Paul, Aaron Rodgers and Paul Rudd.[26] On his first anniversary as Jake, Miles appeared in a commercial during Super Bowl LV in which Drake appeared as his stand-in.[28] According to Marketing Arm, Jake is better known than Katie Couric or Hilary Swank and 80 percent of those who know him like him.[27]

In early 2009, the State Farm Florida subsidiary, the state’s largest insurer, offered to withdraw from writing property insurance business in Florida after state regulators refused to approve a 47% property rate increase. State Farm said that, in Florida, it had paid out US$1.21 in claims for every dollar in premiums since 2000. Several other home insurers had pulled out of Florida as well; many homeowners used the Citizens Property Insurance Corporation run by the state government.[33] State Farm has since decided to remain in Florida, although with a reduced amount of property policies.[34]

A 2007 investigation by CNN reported that major car insurance companies, including State Farm and Allstate Insurance, were increasingly fighting claims of those alleging injury. Some injured parties argued these were unfair practices. State Farm and Allstate have denied these allegations.[36] This followed on the heels of criminal investigations by the states of Louisiana and Mississippi, alleging that State Farm had wrongly denied claims stemming from Hurricane Katrina.[37]
Plaintiff’s attorney Richard F “Dickie” Scruggs later pleaded guilty in March 2008[38] for his role in trying to pay Judge Henry Lackey of Mississippi a US$50,000 bribe for a favorable ruling in a related case involving a US$26.5 million settlement after Hurricane Katrina.[39]

In 1993, Todd Hindin filed a lawsuit against State Farm for allegedly keeping a list of prominent lawyers referred to within State Farm as the “Jewish Lawyers List”. Any claims made by clients of these attorneys were automatically forwarded to State Farm’s fraud unit, potentially on the basis of the religion and national origin of the lawyers. These claims would then be neither settled nor paid. State Farm initially claimed that this was not a matter of discrimination, but of coincidence. However, Dr. Frank Taylor (an experienced economist on retainer for the Appellants) argued that despite the fact that the population of the states involved had Jewish populations between 2-5% of the total population, the list was composed of nearly 15% religiously or ethnically Jewish lawyers. Individuals who had worked for State Farm, including former Divisional Claim Superintendent Ron Middler, testified that the list was potentially used to screen the lawyers mentioned in the list. State Farm paid out $30 million to Todd Hindin and his clients for discrimination on the basis of religion and national origin.[40]

Bad faith: Documents that Hindin uncovered would assist in another case in 2003, Campbell v. State Farm, in which State Farm had to pay out $145 million in punitive damages (later reduced by the U.S. Supreme Court) after acting in bad-faith.[41] State Farm had to pay damages to the families of two individuals who were victims in a car accident that Campbell was responsible for, despite originally informing Campbell and his family “that their assets were safe, that they had no liability for the accident, that [State Farm] would represent their interests, and that they did not need to procure separate counsel.”[42]

Under CEO Michael L. Tipsord, State Farm has announced a Green Mission to “lead by example” in environmental philanthropy.[43][44] Ceres has found that State Farm invests millions of US dollars to finance energy companies.[45] Others place State Farm’s fossil fuel investments at US $22.4 million.[46] State Farm was viewed as not considering climate change in their investments.[47]

In order to rectify the situation and show its green credentials, State Farm has committed to reducing its greenhouse gas emissions by 50% by 2030. [48]
80% of State Farm facilities now have a Energy Star score of 75% or higher; this is significantly above the average for Fortune 50 companies.
[49] 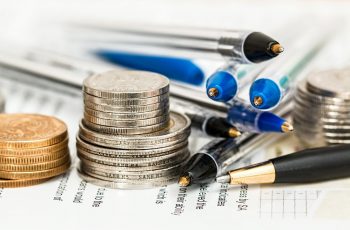 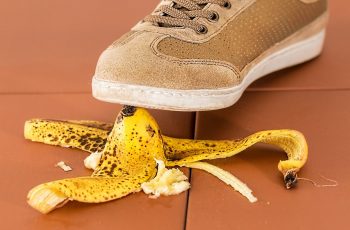 Economical Insurance, founded in 1871, is a Canadian Property & …